National Museum of Modern and Contemporary Art, Korea (MMCA) proudly presents Again, Again It All Comes Back to Me in Brief Glimpses, which celebrates the extraordinary life and work of Jonas Mekas, one of the true pillars of avant-garde and independent cinema. This is the first retrospective of Mekas’s career that has ever been held in Asia.

Jonas Mekas, Again, Again It All Comes Back to Me in Brief Glimpses

Curated by Eunhee Kim and Francesco Urbano Ragazzi, the retrospective will run from November 8, 2017 to March 4, 2018 at MMCA Seoul. Through a vast and diverse selection of artworks that comprehensively cover the 60-year career of the Lithuanian-born filmmaker and poet, the exhibition looks at Mekas’s practice as an exercise of resistance to human brutality, as a pursuit of happiness that loudly resonates in these uncertain times.

Jonas Mekas’s oeuvre is an ode to the vitality of daily life. In his films and video-installations, the camera becomes a diary for recording intense fragments of his life: a flower, a cat, the energy of a choir, or a gathering with his friends Andy Warhol, Allen Ginsberg, and Yoko Ono. Through non-narrative, kaleidoscopic editing, Mekas assembles these moments into lyrical films that evince the language of poetry. Flipping through the pages of this diary, the exhibition traces the key stages of the life they describe, transforming the gallery into a mosaic of images that continually combine and collide to create new meaning.

Born in Semeniškiai, Lithuania in 1922, Jonas Mekas endured the tragedy of World War II while in his early twenties. In 1944, he and his brother Adolfas were taken by the Nazis and placed in the forced labor camp of Elmshorn, before later being transferred to the refugee camps of Wiesbaden and Kassel near the end of the war. This experience of subjection reverberates into Mekas’s second feature-length film, The Brig (1964), which earned the artist a grand prize at the Venice Film Festival. The movie is here innovatively linked with Destruction Quartet (2006), a four-channel video that juxtaposes the collapse of the World Trade Center with one of Nam June Paik’s famous piano demolitions. Through this correlation, we see how Mekas ingeniously uses his cinema of joy to respond to the ubiquitous enigma of violence.

In 1949, just two months after emigrating to the U.S., Mekas bought his first Bolex camera and began making his first movies. Shortly thereafter, he founded Film Culture magazine and began writing his “Movie Journal” column in the Village Voice. He soon became the catalyst for an entire generation of filmmakers, not only through his films, but as the founder of important organizations and institutions such as the New American Cinema Group (1960), the Filmmakers’ Cooperative (1961) and the Anthology Film Archives (1970). Mekas’s profound influence in cinema history can be felt through 120 photographs that are included in the exhibition, which also highlight his connection to Andy Warhol’s Factory and the Fluxus movement founded by George Maciunas. Overall, the exhibition conveys Mekas’s status as a true citizen of the world who, well before the advent of globalization, lived a transformative and cosmopolitan life after being uprooted from his homeland. The same impulse can be felt from Travel Song (1981), a film that is here presented in the shape of a “quartet.”

Embodying the eternal spirit of the avant-garde, Jonas Mekas’s art cannot be limited to a single period. On the contrary, his work is constantly evolving along with the cinematic medium. In 2006, for example, just a few months after YouTube was launched, Mekas shifted his visual diary onto the internet, recognizing the future path of moving images. Then in 2007, he realized his 365 Day Project, which MMCA presents on 12 monitors, a titanic performance that involved filming, editing, and posting one video clip per day for an entire year. Mekas has continued this project to this day, albeit with a slightly more relaxed schedule.

The substance of Mekas’s production is life itself, which continuously runs and revives at the rhythm of cinema. Hence, life becomes image, as occurs with the 768 film-stills that are printed on monumental panes of glass for In an Instant It All Came Back to Me (2015). “Images are real!” Mekas himself is heard to exclaim in Outtakes From The Life of a Happy Man (2012). Indeed, in this lifelong pursuit of paradise on earth, what could be more real than images?

In conjunction with the exhibition, the Film and Video department of MMCA is also presenting an accompanying series of screenings of some of Mekas’s masterpieces, including Walden (1969), Reminiscences of a Journey to Lithuania (1972), Lost Lost Lost (1975), As I Was Moving Ahead I Saw Brief Glimpses of Beauty (2000), Sleepless Nights Stories (2011), and many more. 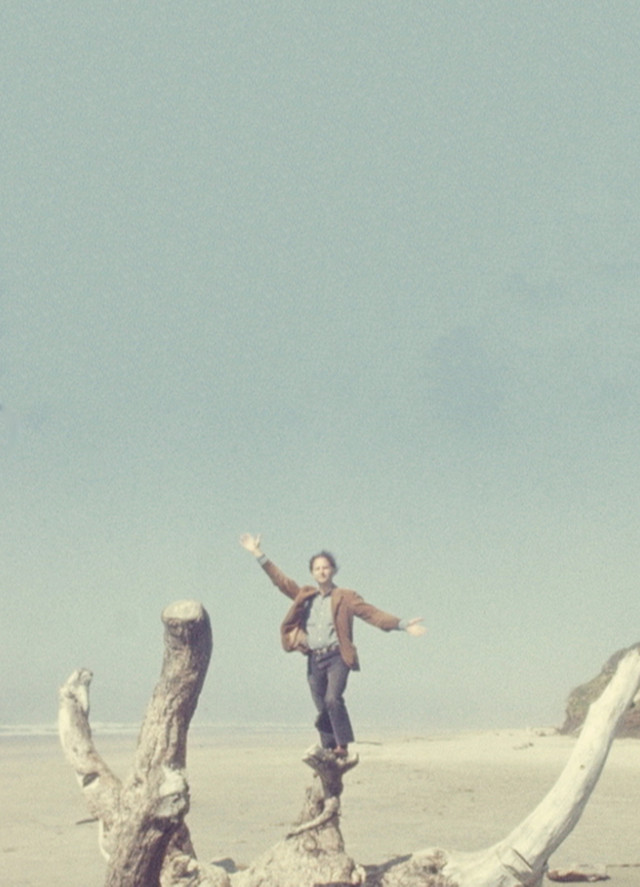 Jonas Mekas, Out-Takes from the Life of a Happy Man.