The second edition of Anozero – Coimbra Biennial of Contemporary Art, curated by Delfim Sardo together with associate curator Luiza Teixeira de Freitas, is dedicated to the theme of Healing and Repairing. The invited artists have either produced new works specifically for the biennial or have been invited to participate with existing works and projects. The works in the exhibition give expression to multiple understandings (social, personal, environmental or architectural) about our relation with the world and with the Other. Occupying several spaces of the city, from Coimbra-Alta and the University—an area that is UNESCO World Heritage—to the outstanding Monastery of Santa Clara-a-Nova, on the other side of the river, Anozero rethinks the urban and proposes other routes. The biennial is produced by CAPC, Círculo de Artes Plásticas de Coimbra, an institution of active artistic dissemination since 1958, and organised in conjunction with Coimbra City Hall and the University of Coimbra. Programme included in "World Heritage Sites in the Central Region/Lugares Património Mundial da Região Centro", promoted by the Centre of Portugal Tourism Board / Turismo Centro Portugal and co-financed by the European Union through Centro 2020. 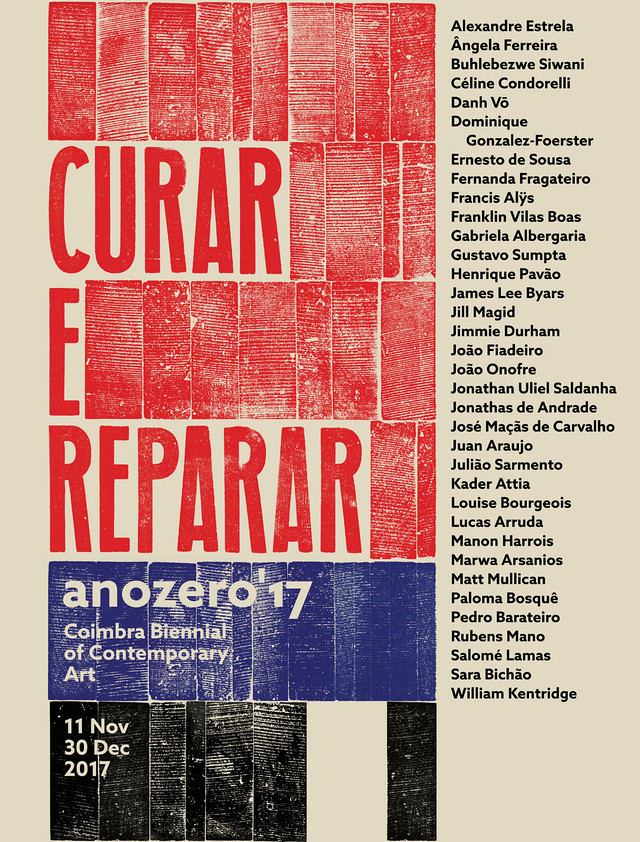