Bonniers Konsthall presents spatial practitioners Cooking Sections, and their most expansive exhibition to date. Using installation, performance and video, they explore the ongoing environmental crisis in relation to how to eat and live as humans change climates. Undamming Rivers is the culmination of a long research process that explores global food supply chains, and their impact on Swedish ecologies.

Structured as a performative installation, a play in four acts, the exhibition features a trilogy of large-scale works and a new site-responsive commission. Taking salmon as the common thread, these four pieces focus on the impact of food and energy production based on extractive systems that push the environment to the verge of collapse.

Shown together for the first time, the trilogy When [Salmon Salmon [Salmon]] portrays farmed salmon as a constructed animal, one of the most recently domesticated and industrialised species in history. The first installation, Salmon: A Red Herring, questions what colours we expect in our “natural” environment. It asks us to examine how our perception of colour is changing as we change the planet. Salmon: Traces of Escapees, explores the environmental impact of salmon farms, which can be traced far beyond the circumference of open-net pens, and everything that escapes through them. The final chapter of the trilogy, Salmon: Feed Chains, subjects the audience to the automated feeding mechanism of the salmon farm. The piece revolves around the ecosystems that are transformed into feed, the landscapes that are fed to farmed fish and the pellets that are consumed by salmon in their feedlots.

In Sweden, fish hatcheries appeared as a consequence of hydropower dams. Since the mid-20th century, energy companies have built hundreds of concrete dams blocking salmon rivers, especially in Sápmi. As a consequence, salmon-breeding programmes were established to compensate for habitat loss and migration obstacles, in order to “sustain” fish populations driven almost to extinction. Mapping these barriers of modernity, the exhibition concludes with an ambitious new piece, Undamming Rivers, which provides the name for the exhibition, where Cooking Sections engage in the process of removing hydropower dams. Many of them are today redundant, obsolete or produce very little electricity, but still have a harmful impact on human livelihoods and river ecologies. Relating to the 50th anniversary of the landmark UN Conference on the Human Environment held in Stockholm in 1972, at which scaling up the production of “clean” energy from sources like dams and wind turbines was put forward, the piece delivers a proposition for the future of scaling back.

In times when humans are destructively terraforming planet Earth on a rapid and global scale, the exhibition proposes to rethink our relation to river systems, seeking to contribute new imaginaries towards more sustainable horizons. Joining Cooking Sections’ international network of museums and restaurants that are Becoming CLIMAVORE, BKH Café has removed farmed salmon from the menu and introduced CLIMAVORE dishes, advancing ways in which our food habits can contribute to cultivating new habitats.

Undamming Rivers is the result of an extended collaboration with Cooking Sections initiated by Bonniers Konsthall in the autumn of 2019. Since then, they have spent extended periods in Sweden, talking to multiple experts in the field, and researching Swedish ecologies and local interactions between land and water.

Cooking Sections examines the systems that organise the world through food. The artist duo was established in London in 2013 by Daniel Fernández Pascual and Alon Schwabe. Using site-responsive installation, performance and video, they explore the overlapping boundaries between art, architecture, ecology and geopolitics. They lead a studio unit at the Royal College of Art, London. Their work has been exhibited at Tate Britain, Serpentine Galleries, Lafayette Anticipations, 58th Venice Biennale, Performa 17 and Manifesta 12 among others. In 2021 they were nominated for the Turner Prize. 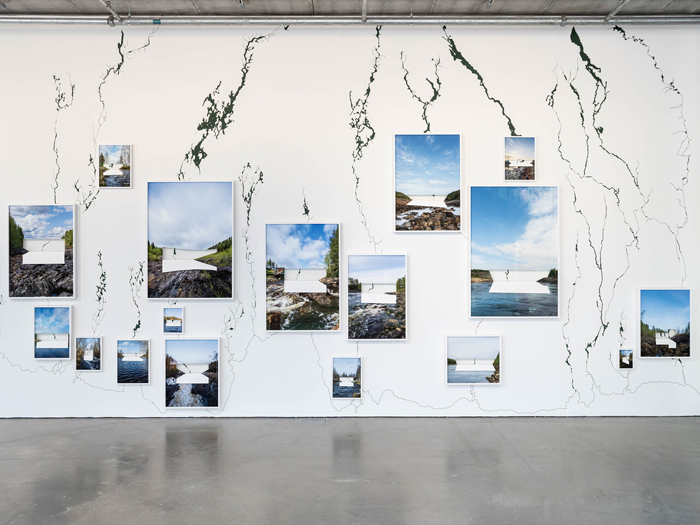