The Institute of Modern Art (IMA) will open the first solo exhibition in Australia of renowned Berlin-based Dutch artist Willem de Rooij, Ebb Rains, on February 11. He is a highly influential artist and educator, through his longtime role at the Städelschule in Frankfurt, Germany, and a practice that spans two decades, including such prestigious acknowledgements as Prix de Rome in 1996, and representing the Netherlands at the 51st Venice Biennale in 2005. De Rooij’s expansive exhibition at the IMA reflects on the Dutch colonial presence in the Asia Pacific region and makes subtle reference to more recent instances of empire and intervention in the natural world.

In particular, two large-scale sublime textiles Blue to Black (2013) and Black to Blue (2015) trace the global legacy of the Dutch colonial project, looking at textile industries in Ghana and Indonesia where one of the two works was produced with the support of the IMA. More recent developments in de Rooij’s work with hand-woven fabrics can be seen in the series of seven stretched textiles shaped as tangrams (a Chinese dissection puzzle). In this body of work from 2015, hand-spun thread in two colours form the warp and weft to create rich monochromes. Also investigating the ambiguous relations between colour and "meaning" is the iconic work Orange, created by de Rijke/de Rooij in 2004 (his collaboration with Jeroen de Rijke, 1994–2006). This series of slides use a single colour to make reference to an expansive range of subjects. Bouquet XVI (2015), is a monumental dried floral arrangement, sourced locally, that reveals the artist’s multilayered and complex approach to materials and concepts, referencing climate, drought, and the still-life tradition so prominent in Dutch art history. In a surreal twist, Farafra (2013), extends the presence of the natural world through sound. 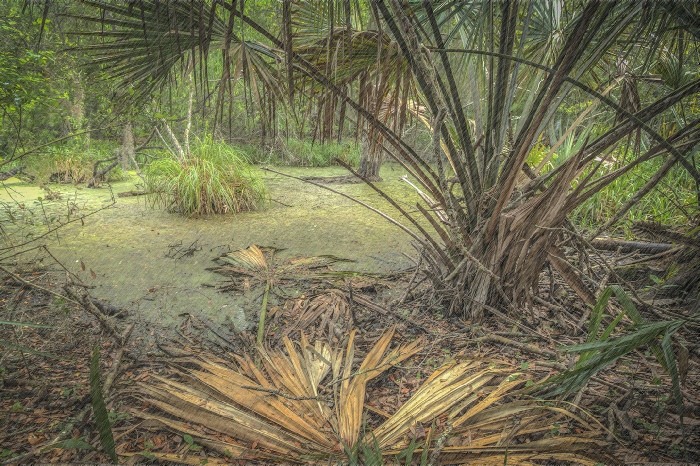