The second edition of the Reborn-Art Festival will begin on Saturday, August 3 and run through Sunday, September 29. Aimed at helping to rejuvenate the tsunami-ravaged Ishinomaki city and Tohoku area (northeast Japan), the Festival is expected to attract more than 300,000 people from all over Japan, as well as visitors from around Asia.

The theme of this year's Festival is the Texture of Life, reflecting that while people's lives are carried on at an ever increasing pace driven by technologies and Artificial Intelligence, so their sense of touch and texture remains unchanged. Eight years after the 2011 Great East Japan Earthquake that destroyed much of the Tohoku area, the vision of Festival organizer Takeshi Kobayashi is to "create an opportunity to re-discover the potential of this region, and shape a long-term sustainable future for the people who live and work here."

This Festival brings the local community together with a diverse array of artists who empathize with their resilience and determination to hold on to their way of life in the face of great odds. Together, the artists and the community will make the region—its nourishing foods, strong culture and tradition—bloom again.

More than 30 large art works will appear across the Oshika Peninsula, complementing the region's natural beauty and healing the scars wrought on the earth by the tsunami. Artists who will feature at the Festival include Yayoi Kusama, SHIMABUKU,Kohei Nawa, Anish Kapoor, Daito Manabe+ Kamitani Lab.and Philippe Parreno.

A team of curators is joining forces to give the Reborn Art Festival a distinctive flavor. They will create an art paradise on some places such as Ajishima Island, Oshika Peninsula, and others. And famous artists will transform different parts of the peninsula in their own unique style, forming a chain of small exhibitions.

The Festival will also feature music and food. Leading chefs will open pop-up restaurants, offering food unique to the region, by tapping into the local fishing and farming industries. At the same time, there will be a series of musical events using the region's natural beauty as a backdrop. This will include the special opera Yojigen no Kenji (Fourth Dimensional Kenji), a magical concert. Drummers, Bon festival dancers and a wide range of entertainment will be on offer during the Festival. 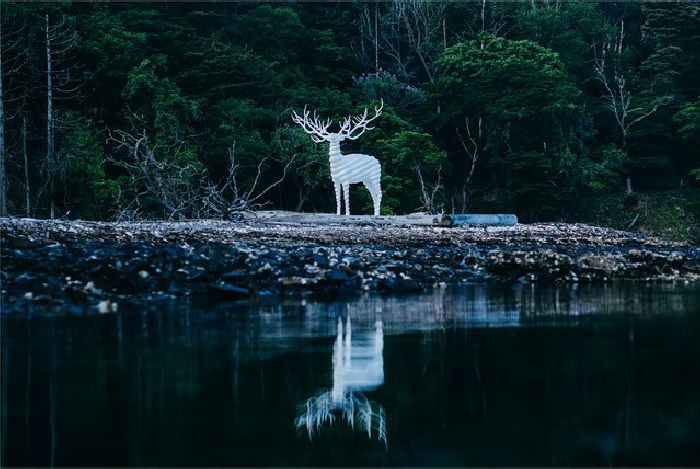