On behalf of a legally-incorporated company of visual artists, founded in 1980 and named “Ocean Earth,” Peter Fend, a US citizen born in 1950, presents solutions for the current climate and water crisis in Sardinia, to be extended along the bird and insect flyways between sub-Sahara Africa and the Arctic. 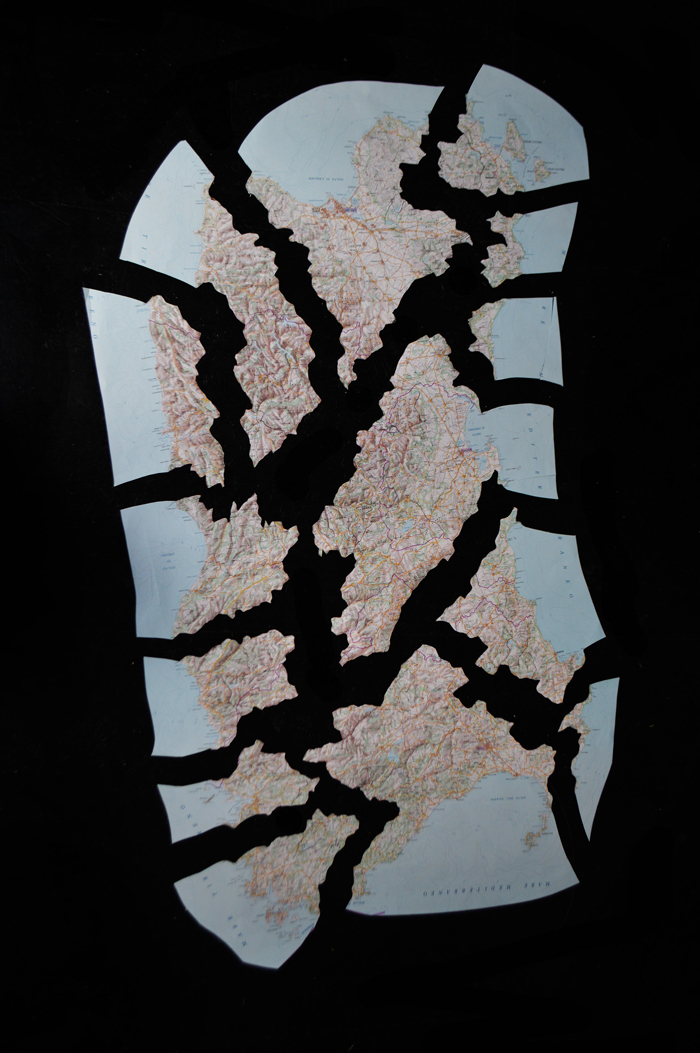 –Organize Sardinia into its salt-sea catchments, or hydrometric areas, with separation therein of any dammed catchments, which accumulate sediments and waste.

–Each catchment becomes a unit for resource management and taxation under principles of the first body of economic thought: Physiocracy. Land (& water) are declared to be the one foundation for economy, which must be preserved and improved. Since Physiocracy was conceived, in 18th-century France, surrogates for land have become the foundation of our economy: mineral fuels like coal, oil, gas—and uranium; and, in substitution of normal rivers, dammed reservoirs. These surrogates have no doubt harmed the planet’s ecology. They produce global warming, air and water pollution, eutrophication in streams, loss of animal diversity and deserts. Physiocracy can be launched in Sardinia to reverse such abuses of our land and water. This would be a world first.

–In each dam catchment, and each saltwater bay downstream, remove accumulated sediments and waste in the form of waterplants, grown with solar energy, and convert that into biogas or electricity. Feed the biogas into local methane supply streams, and send the electricity into local grids.

–In view of many technologies for energy for an island blessed with  much sun, wind, waves, sea-currents, and soil now accumulating in dams or flowing offshore, we say, DO NOT build a long gas pipeline or LNG terminal, especially for imported fossil gas. Also, find ways to make the electricity from falling water not go through turbines at high-wall dams, but on no-blockage waterwheels. Rely on the many sources of easily-collected energy, especially since the island has the lowest population density of anywhere in Italy.

–Apply the same technologies in marshlands along migratory flyways. Single out salt lakes west of the Gulf of Gabes, Tunisia, Lake Chad, artificial lakes near Milan and on the Ruhr, and Norway’s fjords.

All action here, though based on what are normally assigned to art, is an extension of art into inhabited space, occupied through time. This is called Architecture. Leon Battista Alberti wrote that Architecture meets the needs of any inhabited area, in this case Sardinia, for clean air, living waters, ease of movement and defense. Ocean Earth has done research and developed plans for sites worldwide in all four sectors of Architecture. Almost no professionally-trained architect today does this. Can Sardinia, with its very low population density and already-established urban forms, largely on heights, become a model for Alberti’s principles. In this case, extending the practices along the bird flyway, to assure survival of nutrient-transferring migrants from African jungles to Arctic tundra, and back, is a form of territorial defense.