Tropical is Political investigates ideas of paradise and fiscal paradise as portrayed in contemporary Caribbean art. The exhibition approaches the Caribbean region as a product of the visitor economy regime, subject to a set of particular structural circumstances. Centered around three main focal points—the body, territory, and finance—the selected works in the exhibition delve into the effects of tourism on artists and their cultural production.

The term “visitor economy” denotes the economic activity—the goods consumed and services rendered—by the people who visit a place, and can permeate all aspects of life, transforming a society into one that serves the tourist or visitor experience. Economies once sustained by the cultivation of monoculture crops on plantation—sugar, in particular—for export to metropole nations in North America and Europe now rely on visitors from the wealthiest countries for income, visitors attracted by postcards of pristine beaches and the promise of banking secrecy. The insistence on using the term regime emphasizes the top-down economic, cultural, and social structures that reproduce and impose these ideas on the many peoples of the Caribbean, whether they are represented by international hotel conglomerates, tour operators, or national ministries.

These issues are intertwined with the successive colonial histories in the Caribbean, and the self-image and nation building processes of the Caribbean’s so-called postcolonial present. Through their works, and through the way they develop their lives and careers, these artists propose ways of seeing and reinterpreting life in the Caribbean; not merely pointing out flaws but also the opportunities to transform ourselves and our future

Tropical is Political is curated by Marina Reyes Franco and presented in collaboration with Museo de Arte Contemporáneo de Puerto Rico, San Juan, where it will be on view in spring 2023.

This exhibition is presented in collaboration with Museo de Arte Contemporáneo de Puerto Rico (MAC) where Tropical is Political will be on view in spring 2023.

Major support for the exhibition in both Americas Society and Museo de Arte Contemporáneo de Puerto Rico (MAC) is provided by The Andy Warhol Foundation for the Visual Arts. The presentation of Tropical is Political: Caribbean Art Under the Visitor Economy Regime is made possible in part by the National Endowment for the Arts; by public funds from the New York City Department of Cultural Affairs in partnership with the City Council; by the New York State Council on the Arts with the support of the Office of the Governor and the New York State Legislature; by Etant donnés Contemporary Art, a program from Villa Albertine and FACE Foundation, in partnership with the French Embassy in the United States, with support from the French Ministry of Culture, Institut français, Ford Foundation, Helen Frankenthaler Foundation, CHANEL, and ADAGP; and by the Smart Family Foundation of New York. 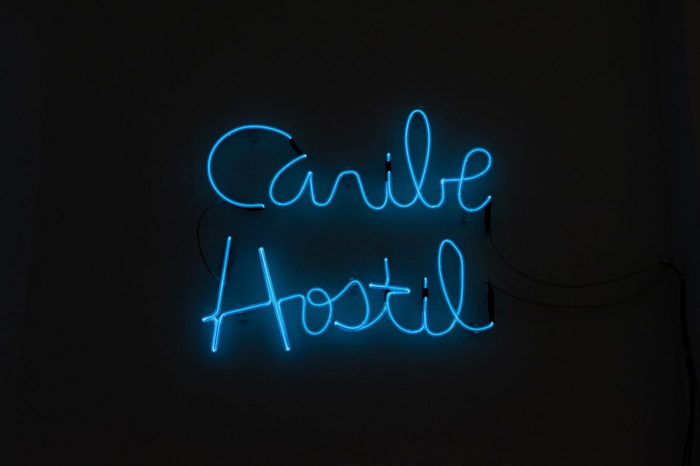