For its third edition, the Geneva Biennale—Sculpture Garden focuses on contemporary artists who question our relationships to others and to ourselves in an increasingly unstable environment. More than 30 artists from Brazil, Germany, Kuwait, the United States, Belgium, Senegal or Mexico, among other countries, have been gathered around 26 projects, more than half of which are new productions conceived especially for the exhibition. The latter was developed during a particularly troubled period and it undoubtedly reflects the concerns but also the engagement of the artists for the world in which we live. Ecology, new technologies, cultural and gender identities, knowledge sharing are some of the many issues raised by their works and which constantly bring us back to the essential and always open question: how to live together?

For the past two years, the pandemic has profoundly affected our way of life, disintegrating our physical contacts to give place to dizzying virtual relationships. Although it has separated us, the virus, inoculating one person after another, has paradoxically proven that we are a globally connected community. Today, a war on the borders of Europe tragically reminds us of the interdependence of our societies, whose economic, political, and military dealings directly impact our daily lives. Against this backdrop of perpetual crisis, large movements for greater social and environmental justice are nevertheless succeeding in mobilizing individuals on a global scale and in promoting alternative ways of living together. These challenges to the dominant discourse and the resulting reconfigurations of our social fabric are major issues in contemporary culture, in which digital technology has taken a prominent role.

The Parc La Grange, Parc des Eaux-Vives and its nearby beach offer privileged spaces to meet and exchange; from reunions with family and friends to sports outings or romantic dates, from reconnecting with nature or with oneself to parties or school excursions. Beyond their recreational character, these spaces are above all shared spaces, where not only affinities but also disparities and divergences are articulated. The artists invited to exhibit in these specific settings investi­gate the tensions inherent to the public space but also their potential for emancipation. The variety of their proposals–which go beyond the strict domain of sculpture to invest those of design, architecture, video, photography, writing, and more–testifies to the way in which art con­stantly reinvents itself in light of contemporary challenges.

Initiated and organized by artgenève in collaboration with the MAMCO and the City of Geneva, the ambition of the Geneva Biennale—Sculpture Garden is to establish itself as a major summer artistic event for the region, offering Geneva, its inhabitants and its many national and international visitors a free outdoor exhibition of high-caliber during the whole summer period. 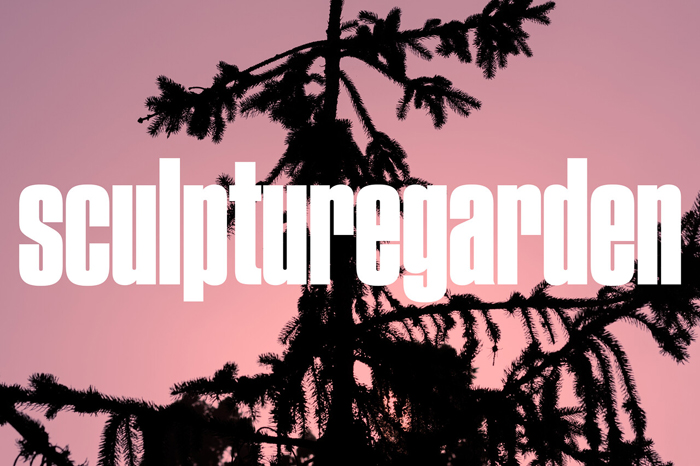