With a year of exhibitions, research activities, expeditions and commissions, Thyssen-Bornemisza Art Contemporary (TBA21) furthers its dedication to reconnecting our sensitivity to the oceans, their inhabitants and the people living along their shores. TBA21 is the first contemporary art foundation that has committed and dedicated an important part of its programme on a permanent basis to the environment and its impact on mankind, with a special focus on the oceans.

The oceans, deep seas and coastal areas are the life-support system of our blue planet and are today in need of significant international effort for protection. TBA21’s programming for late 2016 and 2017 is dedicated to critical, theoretical and artistic investigations of the oceans. The foundation incites positive visions for the future and formulates strategies for enacting them.

“The ocean has been a source of inspiration for human culture for centuries. Due to its current state and politicians’ lack of vision, it is imperative that we proactively shape a more positive narrative. We no longer have the luxury of ignorance and procrastination.” Markus Reymann, Director, TBA21–Academy, the foundation’s arm of knowledge production.

In 2017, TBA21’s Augarten space in Vienna present the group exhibition Tidalectics. The exhibition is timed to coincide with the first-ever United Nations’ Ocean Conference, held in New York from June, 5-9. The exhibition, curated by Stefanie Hessler, is the first TBA21–Academy exhibition to present major new commissions coming out of its research and expeditions. The term "tidalectics" was coined by celebrated Caribbean writer Kamau Brathwaite as a wordplay on the "dialectics" said to define Western thinking. Throughout the summer, a series of talks and performances will animate this exhibition on TBA21’s David Adjaye’s Ephemeropteræ stage in Augarten.

Curated by Stefanie Hessler, Tidalectics presents thirteen artists whose distinctive works cast oceanic perspectives on the cultural, political, and biological dimensions of the oceans, examining the effects of human-made predicaments, such as climate change and sea-level rise, while reimagining human and “more-than-human” relationships. The exhibition features nine newly commissioned works, many flowing from the Academy’s expeditions in the Pacific Ocean, alongside exceptional pieces from the TBA21 collection. It will be accompanied by a series of spoken word-performances every Friday on the TBA21–Ephemeropteræ stage in Augarten, episodes from a Tidalectics radio series in collaboration with NTS Radio, as well as a comprehensive publication.

TBA21 chairwoman Francesca von Habsburg: “I have committed the work of TBA21 to the most pressing topics of today, not only in a descriptive fashion but by taking the language of art to concrete actions and solution finding. It’s a turning point for the foundation as it increasingly looks at becoming an agent of change. We need to make peace with the oceans.”

Tidalectics is an oceanic worldview, a different way of engaging with the oceans and the world we inhabit. Unbound by land-based modes of thinking and living, the exhibition is reflective of the rhythmic fluidity of water and the incessant swelling and receding of the tides.

Taking its title from a play on words by the celebrated Barbadian poet-historian Kamau Braithwaite, Tidalectics seeks to comprehend our histories as trajectories tossed by waves, from ocean crossings to systems of exchange, myths, and microbial origins. The exhibition highlights processes of cultural adaptation and material change, presenting a rich framework for understanding the coalescing polarities of contemporaneity and history, science and poetics, routes and roots, and ourselves—mostly land-dwelling humans—with the oceans and their many and diverse inhabitants. 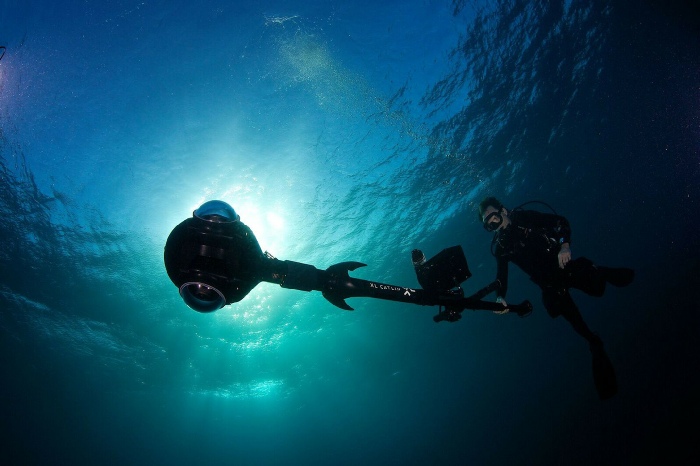