Uncertain Where the Next Wind Blows will be Otobong Nkanga’s first solo exhibition in Norway, the laureate of the Lise Wilhelmsen Art Award.

Opening November 13, the exhibition will present a broad spectrum of Otobong Nkanga’s (b. 1974) oeuvre, showing almost 70 works created within the last 20 years. The exhibition will premiere two new works, Revelations (2020) and After We Are Gone (2020), both tapestries. In addition, works such as Carved to Flow (2017), which was first presented at dokumenta 14, Steel to Rust (2016), and drawings initially shown at the Venice Biennale in 2019, will be presented.

Otobong Nkanga, Uncertain Where the Next Wind Blows

Nkanga’s drawings, installations, tapestries, photographs, sculptures and performances explore the complex impact of humanity’s history and presence on our nature and landscape. Through her use of a great variety of artistic mediums, Nkanga often begins her exploration through the study of resource extraction, manufacture and circulation.

Nkanga is the inaugural recipient of the Lise Wilhelmsen Art Award Programme, established by the Lise and Arne Wilhelmsen family in collaboration with Henie Onstad. With an award sum of USD 100,000, an exhibition budget as well as acquisitions to the collection of Henie Onstad, the Award is among the more significant art award programmes internationally.

The exhibition will be followed by an extensive catalogue featuring poems by Otobong Nkanga, a conversation between Carolyn Christov Bakargiev and Nkanga, new essays by Diana Campbell Betancourt and Catherine Wood, as well as an introductory essay by the curators.

The exhibition is curated by Tone Hansen and Karen Monica Reini.

Otobong Nkanga, After We are Gone, 2020. Courtesy of the artist. 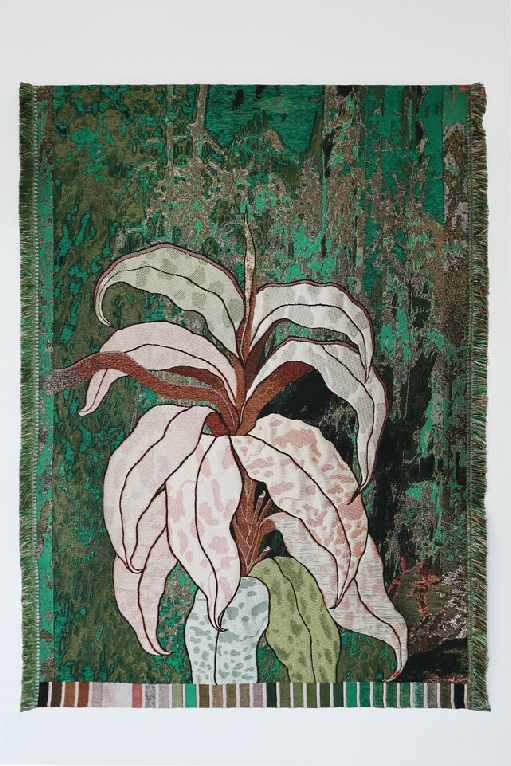