Present since antiquity in the East and West and named black bile, acedia or spleen according to the epoch; melancholy incessantly returns man to a lost origin and to the regret of a past world, which would take a painful charm. This temperament, which has historically been equated with both positive and negative feelings, has inspired some of the world's greatest artists.

Melancholia presents works by major artists from different parts of the world, and installations specially designed for the Boghossian Foundation, such as Pascal Convert's library or Animitas, Christian Boltanski's installation in the Villa Empain's garden. Other examples include the sculptures and installations by Claudio Parmiggiani and the fresco by Abdelkader Benchamma.

Through a dialogue between the works of modern and contemporary artists who inspire or are inspired by the nostalgia of an elsewhere or a before, and by representations of loneliness, ruins and passing time, the exhibition invites the public to explore the feeling of melancholy and its manifestations.

A link is woven through the works of 38 artists and a dialogue is created between the paintings of Rémy Zaugg, the self-portraits of Giuseppe Penone and Joseph Beuys, the sculpted work of El Anatsui, and the installation of Barbara Bloom or the sound work of On Kawara. The exhibition also features many Belgian artists such as Léon Spilliaert, Constant Permeke, Paul Delvaux, Jef Geys, Geert Goiris and the collective KRJST Studio.

If melancholy remains at the heart of the problems facing humanity today, it is because the world it has to face up to is an unavoidable source of concern, particularly in view of the current humanitarian challenges and the irreversible change in our climate regime. The "known" world will never be the same again and now seems like a lost paradise. The digital revolution of the 2000s ushered in a form of dehumanization of human relations, questioning the extent to which the individual remains a unique and irreplaceable being. 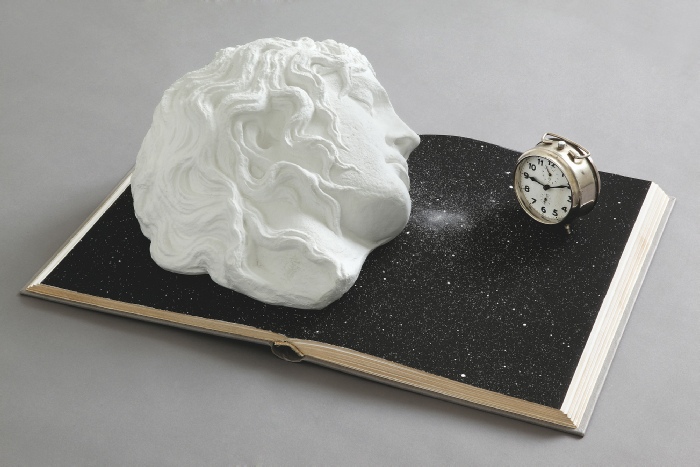