This exhibition presents more than 30 works made from 1997 until now, covering two decades of art practice and assessing her whole development as an artist. It includes many of her best known works like Cama Valium [Valium Bed] (1998), A noiva (2001-2005), Burka (2002), Coração independente vermelho [Red independent heart] (2005), Marilyn (2011) and Lilicoptère (2012), as well as new works made for the occasion like Finisterra, I´ll Be Your Mirror or Solitário [Solitaire] (all 2018). Several major outdoor works have also been installed in the gardens of the Serralves Park. 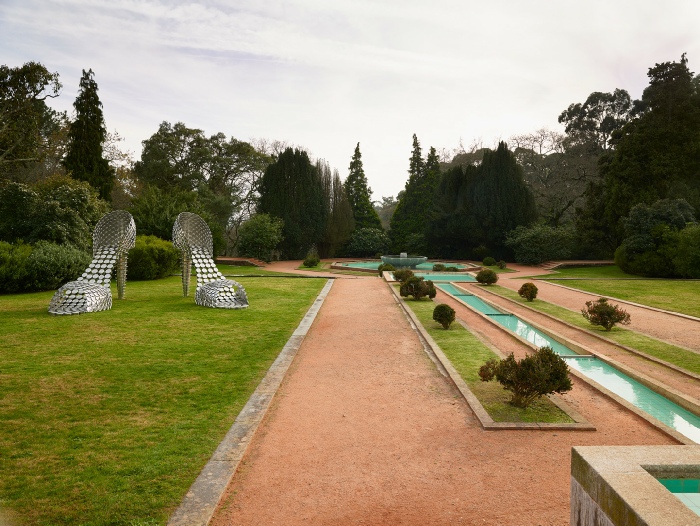 oana Vasconcelos (Paris, 1971) is one of the best known artists of her generation. She studied in Lisbon, and eventually started exhibiting in the 1990s, but it was not until 2005, when she participated in that year's Venice Biennale, showing A noiva [The Bride] (2001-2005), a huge candelabra made with tampons, that she achieved a wide international recognition. A noiva was shown in the first room of the main exhibition in the Venice Biennale, surrounded by works by The Guerrilla Girls, creating an immediate buzz as one of the things not to be missed that year. Since then, and during the last 14 years, her work has been widely seen, obtaining both critical and popular acclaim. Recent projects include an exhibition at the Palace de Versailles, which was visited by 1,800,000 visitors in 2012; her project for the Portuguese Pavilion in the Venice Biennale of 2013, Trafaria Praia, a boat that was changing location in the canals of the city, and a survey show at the Palácio da Ajuda in Lisbon (also in 2013). Vasconcelos has also developed, during this time, several major public sculpture projects in different parts of the world.

Vasconcelos uses different materials from daily life to produce her work, including home appliances, tiles, textiles, popular ceramics, furniture, bottles, medication or plastic cutlery. She uses them to build striking sculptures loaded with meaning, going from an exploration of identity (individual, female, national or European), to political questions dealing with postcolonial global societies. Her work also incorporates humour and emotions, while calling for the viewer’s participation and interpretation. Vasconcelos’ work mixes ideas from high and low cultures, national clichés, techniques of manipulation to induce consumerism and a very effective understanding of architectural space, to invite us to rethink much of what we take for granted in daily life. She uses traditional craft techniques but also cutting edge technology in works that constitute syncretic situations of historic and cultural density, like a three dimensional visualization of a multicultural epic.

This exhibition has been organized by the Guggenheim Museum Bilbao, in partnership with the Serralves Museum of Contemporary Art and Kunsthall Rotterdam, and has been curated by the independent curator Enrique Juncosa. 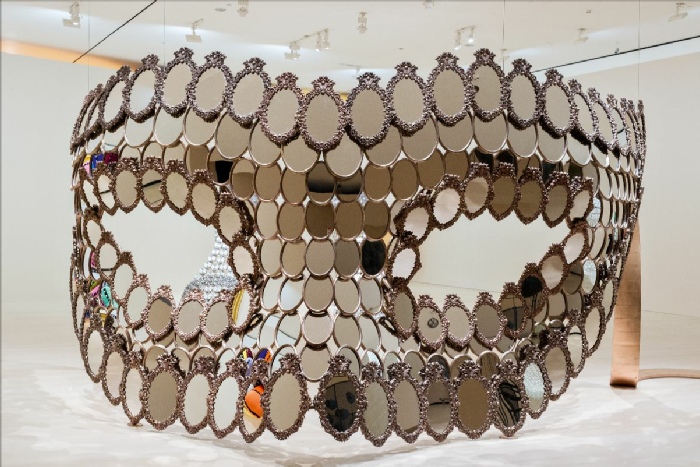