Pirelli HangarBicocca presents CITTÀDIMILANO, the solo show by Giorgio Andreotta Calò. Combining artworks from earlier stages in his career with more recent pieces, brought together for the first time, the show transforms and radically reconfigures the space. The exhibition flows in a way that generates stories and perspectives on a variety of different times and places, from Venice to Milan, from the depths of the sea to those of the subsoil.

Giorgio Andreotta Calò (Venice, 1979; he lives and works in Italy and the Netherlands) is one of the most remarkable Italian artists of recent years and represented Italy at the 57th Venice Biennale (2017). His works include sculptures, large-scale site-specific installations and spatial works that transform both fragments of buildings and entire landscapes; they are often designed to be included in a rich patchwork of self-referencing connections, in part through the use of natural elements dense with symbolic meanings, such as water, light and fire. His work is rooted in conceptual and processual practices typical of artists of the 1960s and 70s but it also evolves into new directions. It always comes as the result of a long process of research into materials—from the more classical, such as bronze and wood, to the more unusual, such as caranto clay, the submarine layer beneath the city of Venice—processing techniques and their origin.

The constant re-elaboration and reconfiguration of his works based on the geographical and cultural context in which they are exhibited is an integral part of his artistic methodology. For CITTÀDIMILANO the artist focuses on his sculptural practice, displaying works created since 2008, and here conceived as part of a single landscape that transforms the perception of the environment and highlights the links existing between the artworks in a close dialogue. Visitors are thus invited to make their own connections and create their own route through the exhibition. Giorgio Andreotta Calò has also carried out research into the history of the Pirelli Company, creating new works that bring to light previously unknown stories from the past, linked to the city of Milan but similarly related to themes and locations already present in the artist’s work.

Works on display in the Shed include, among the others, the distinguished sculpture series of Pinna Nobilis (2014), Meduse (2013-in progress), and Clessidre (1999–in progress), the 16mm film In girum imus nocte (2016), and a new version of the 2008 installation Volver. Furthermore the show presents new challenging pieces especially conceived and produced for it as the video Untitled (Jona) (2019), the massive installation of over 1000 linear meters of core samples Produttivo (2019), and the monumental photographic print Città di Milano (2019). The layout, designed by the artist, deconstructs the architectural symmetry of the space and transforms the setting in a way that “presents visitors with the chance to glimpse something that lies beyond,” as Giorgio Andreotta Calò himself explains. 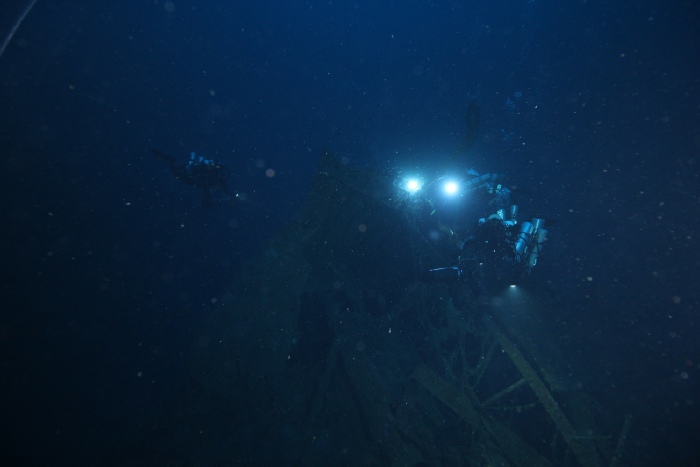