Elia Nurvista uses different media to focus on issues and discourses around food and eating. Her interdisciplinary and community-based approach is based on the idea that food and eating are intrinsically linked to more abstract levels of politics, society and culture. She founded an interdisciplinary study group called Bakudapan which investigates the meaning of food in socio-political, economic and cultural contexts on a local and global scale.

Elia Nurvista’s Frühtlinge exhibition project at Küstlerhaus Bethanien showcases her reflections on migrants and refugees. She visited a range of initiatives for refugees in Berlin to learn about how they see our society, which is foreign from their perspective. The works resulting from this experience address our frequently ambiguous attitude to what is foreign to us: whereas “exotic” luxury items and food such as tropical fruit are regarded as positive and precious, people who come to us as refugees from the same countries are often rejected as being “foreign,” and their “exotic” nature is sometimes even perceived as a threat. Elia Nurvista portrays this ambiguity with subtle irony, for instance by affixing contemporary official quality seals and brand labels to Old Masters still life paintings or historical pictures of the “noble savage,” thus adding a humorous and critical layer of meaning and turning them into new, independent pieces of work. In addition to the collages, Elia Nurvista’s show includes a number of small sculptures made from a rough dough of flour, water and salt and modelled on the grand archways and portals portrayed on euro banknotes that symbolise Europe’s outward-looking character and readiness to cooperate with the international community. She is also working on an animated film that reveals the uncanny effects of automated rules and selection procedures.

Elia Nurvista was born in Yogyakarta, Indonesia, in 1983, where she lives and works. She earned a BFA at the Indonesia Institute of Fine Art in Yogyakarta and founded the Bakudapan interdisciplinary study group in 2015. Elia Nurvista was a participant in the residency programmes Koganecho Bazaar, Yokohama, Japan (2012), Politics of Food at the Delfina Foundation, London, UK (2014), Taipei Artist Village, Taipei, Taiwan (2014) and Choreographers’ LAB, Küstlerhaus Mousonturm, Frankfurt, Germany (2016). She is currently a KfW Stiftung grant holder in the international studio programme at Küstlerhaus Bethanien.

KfW Stiftung is an independent not-for-profit foundation founded in October 2012. Fostering cultural diversity is one of its top priorities. To promote intercultural dialogue, KfW Stiftung offers artists from Latin America, Africa, the Middle East and Asia the opportunity to live and work in Berlin for 12 months and to take part in the international studio programme of the international cultural centre Küstlerhaus Bethanien. 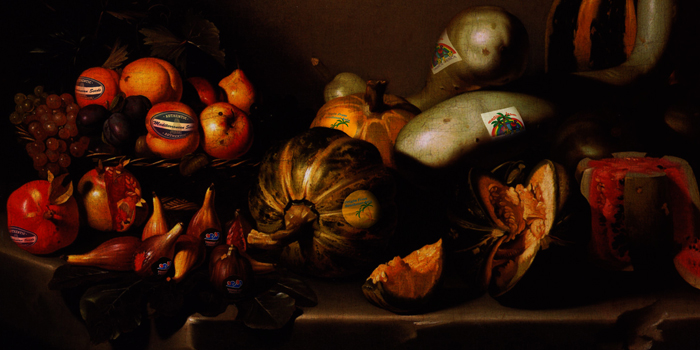