At The Showroom, London, a philosopher and a filmmaker come together to imagine the possibilities of a world without time, measurement, accrual or notions of value—a world free from the destructive consequences of the Western mind.

4 Waters: Deep Implicancy is an immersive film installation by Denise Ferreira da Silva and Arjuna Neuman, which considers urgent global issues including migration, displacement, legacies of colonialism and ecological devastation, and asks what is possible if ethical thinking is stripped of value? Presenting a reimagined cosmos—an alternative to the violent, segregated world we have inherited—the film seeks a primordial moment of entanglement prior to the separation of matter evolving into the planet we know, a time that Ferreira da Silva describes as "Deep Implicancy."

Crossing four waters: the Mediterranean, the Pacific, the Atlantic and the Indian Ocean, we follow the displacement of peoples alongside the movement of clouds, ideas, earth, and migration of matter, at a quantum level, from one state to another. Taking a planetary view of the world as a single mass, the human and the non-human are part of each other joined through water, the life source, in flux and flowing. Water is also the usurper—breaking-up and dissolving structures in its wake. The geological rumblings of the planet have still the power to overthrow.

Engaging our whole being and embodied modes of consciousness—the visual and aural are combined to produce a polyrhythmic entanglement, displacing colonial hierarchies of conceptual and rational experience. An accompanying archive will expand the work providing cognitive knowledge, research, and contextualisation for the film.

On Saturday, May 18, 2019 an international symposium organised in collaboration with Goldsmiths' Department of Visual Cultures will further Ferreira da Silva and Neuman’s ongoing research connecting their current film 4 Waters: Deep Implicancy with their next film which will focus on the element of Earth. Participants will be invited to collectively think through questions of ecology, extraction, territory, sovereignty, migrancy considered at the intersection of coloniality, raciality, and aesthetics. Speakers will include Carl Mika, a Maori philosopher and scholar, and Mark Harris, a Vancouver based critical legal scholar alongside UK based activists and artists. 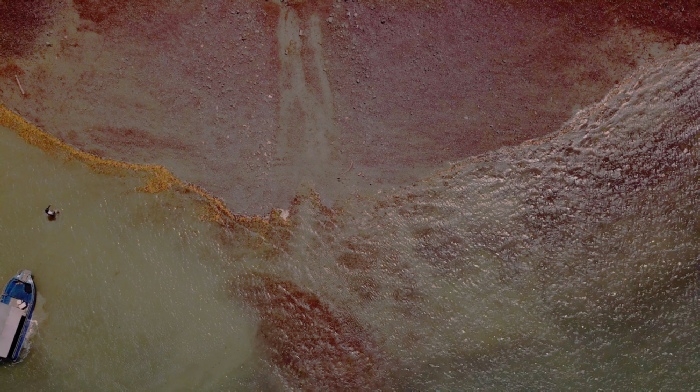