This exhibition at the Botanique gathers a large selection of works retracing the Swiss artist and photographer’s career. Staged in non-chronological order, visitors can discover the various genres tackled by Balthasar Burkhard: nudes, landscapes, portraits, animals as well as urban scenes. A part of the exhibition, made up of archives, highlights his work reporting on the Bern art scene in the 1960s.

Born in Bern in 1944, Balthasar Burkhard studied photography under filmmaker and photographer Kurt Blum (1922-2005). He then worked for the Kunsthalle in Bern and its charismatic director Harald Szeemann. For almost 10 years, Balthasar Burkhard captured and documented the ongoing artistic revolution. It was this vibrant environment that shaped Balthasar Burkhard’s creative vision. His photography is marked by this artistic turning point and his thoughts on the relationship between art pieces, architecture, exhibition spaces and the public appear in his work.

In particular, two characteristics of his photographic technique are eye-catching: an intransigent vision on the one hand, and his mastery of black, white and shades of grey on the other. The artist lauds the direct relationship between the beholder and the photograph and designs his exhibitions as a physical experience for the viewer.

The 1980s mark the establishment of Burkhard’s formal parameters, as well as his recognition in the international art scene. One of his emblematic collections, which was dedicated to fragments of the body, appeared during this period. At the end of the 1980s, he started going on long photographic trips, Japan being his first destination. During the next decade, the artist used his lens to uncover the large landscapes of Madrid, London, Naples, Paris, Mexico City, Chicago, Los Angeles and Tokyo. In 2000, he travelled to the desert in Namibia. Depicting a true contrast to his urban scenes, his desert landscapes not only portray his curiosity for detail but also his interest in topography. Burkhard’s eye follows every curve on the ground, to capture both the depth and transparency of the sky. 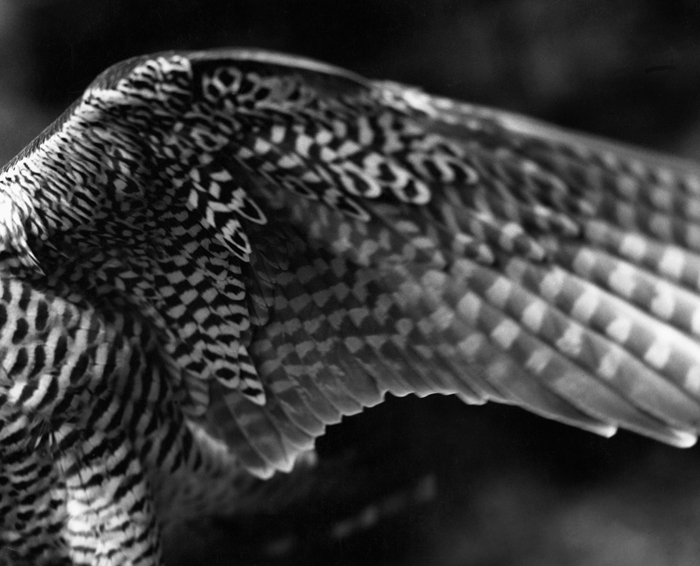 Although parsimoniously present in some of his photogravures, colour takes on a greater role in his last collection, Flowers, in 2009. In the same vein as his photographs of animals started in 1997, his flowers on a black background surpass simple photographic interest and rather suggest a botanist’s catalogue. These wilting flowers retain a striking pictorial quality.