To investigate new dialogic possibilities based on the encounter between the production of artists of the indigenous peoples Guna (Comarca Kuna Yala, Panama), Haida (Haida Gwaii archipelago, British Columbia, Canada), Huni Kuin (Indigenous Land of the Upper Rio Jordão, Acre, Western Amazon, Brazil), Shipibo-Konibo (community of Cantagallo, Lima, Peru, and Upper Ucayali, Peruvian Amazon) and Tahltan (Telegraph Creek and Vancouver, British Columbia, Canada) is the aim of the brand-new exhibition Encontros Ameríndios, held by Sesc in its unit in the district of Vila Mariana, in São Paulo (Brazil), from July 31, 2021, to February 13, 2022, coordinated by Sylvia Caiuby Novaes and curated by Aristoteles Barcelos Neto.

International Archives 2nd half of 2021

“The idea of an encounter of alterities is fundamental to the Amerindian socio-cosmological worlds. Intercultural and intercommunity encounters are widely valorized by indigenous peoples ranging from those of Amazonia to those of British Columbia, with their famous potlatch feasts, where they get together to celebrate their ancestrality and cultural and material wealth. The artists featured in this exhibition are the protagonists of new dialogic possibilities between the Amerindian creativities, artistic techniques and aesthetics,” states Barcelos Neto.

Due to the dynamics of the colonial system, it has only been in recent decades that the artistic production of Amerindian peoples has garnered recognition and valorization in the art field—to a great extent in North America and Oceania and, only later and more slowly, in Latin America. Previously relegated to the status of an ethnographic object or merely handicraft, these works—which are arriving at an ever-growing audience, spurring an important renewal in the global arts scene—also reflect the “tenacity to overcome the oppressions of the historical process of plundering and the attempts of domination they suffered, their ability to overcome adversities, their self-determination,” explains Caiuby Novaes.

Even though they share similar historical experiences of colonial oppression and domination, as well as of community and ethnic resistance—the artists featured in the show possess diverse artistic aesthetic preferences and, inspired by ancestral knowledge, they are creators of singular visualities linked to mythological, ecological and cosmological relationships.

Encontros Ameríndios reflects, therefore, one of the premises of Sesc São Paulo, which is the valorization of cultural diversity. In this exhibition, beyond the anthropological perspective, a further aim is to foster an approximation of the cultural manifestations of these peoples based on artistic criteria—of works ranging from their paintings with natural pigments to their digital-art production—considering these works not only as ethnographic objects, but also highlighting the different modes of being in the world that they reveal.

SESC – Social Service of Commerce is a private, nonprofit institution created in 1946 by businesspeople in the commerce and services sector from all over Brazil. In the State of São Paulo, SESC has 42 centers providing public access to culture, education, sports, leisure, and health. SESC São Paulo’s actions are oriented by its educational aim and its striving for social welfare based on a broader understanding of the term culture. 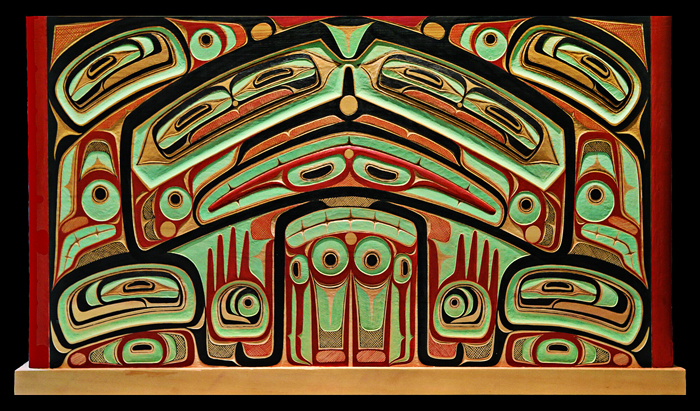